Free software is an invent made for respecting the online user liberties. This determinate that the costumer has a chance to modify a copy of the software and make improvements depending on his needs. Free software is called like that for a sense of freedom, not really from a payment thing. There’s an organization called GNU that guard that everyone is below the same terms but also letting them use the programs at their will but for example, if there is an owner who does not let anyone use his domain, it is often called nonfree and is an unfair practice to do below the meaning of free use. Now, how can we not cross the line of making or not a free-to-use code? There’re actually four essential thoughts about it.

You can call a program free-to-use when it counts with these rules:

By following those steps, you can be called a free software distributor, otherwise you’d be called a nonfree trader; because it would not be fair that anyone is not allowed to use your creation when is sold as a free program.

We talked earlier about the conditions about caring a free software, but now is relevant to talk about some point that might be missed or bad understanded.

When we talk about a program with freedom of being used, we are mentioning a system for any kind of organization or person, and to be used in any computer with every porpoise without having to talk with a proprietary because it’s the particular who is taking decisions about what to do with the software, even if another one that is not the official developer gave you a copy of is modified program, he is not allowed to impose you what to do. A fact about rule number one and number three is that authorize the use and distribution of copies of their creation without complaining about their codes. Also, those two rules are talking about having on hand the source code and it’s very serious thing to considered this because otherwise, It’s not a free program.

It’s a necessity to talk about the Copyleft. This one is a practice that applies in the redistribution of a product on internet, talking that you cannot add restrictions to a program that involves the principal freedoms that we talk about. This rule is not trying to interfere between the fundaments of free software, it only tries to protect them.

Free software is the way that the computing world is advancing, when everyone helps each other, we can walk faster to the future. 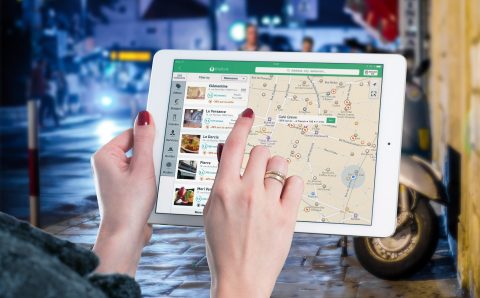 Do you remember the times we bought maps to drive? Sometimes we used to park the car to view the map and then continue the...

Does Is A Free Antivirus Efficient?

How to Get the Most Out Of Free Software